now that VP9 is available in nightly builds, I would like to suggest again to remove Theora from the list, it is an outdated Encoder. Also I would like to see GPU encoding from AMD and NVIDIA. I have read, that speed and quality (NVenc h265 is at same quality like x264 medium, but with 200 fps) improved much. Also, not everyone has a QuickSync compatible card. AMDs Zen will be released soon and the Intel E processors doesnt have a GPU.

It would be a good alternative for fast encoding with acceptable quality.

Could you please sort the video codec list and put MPEG2 and Mpeg 4 at the end, x265 and x265 at the beginnin and VP codecs in the middle.

A search for "NVENC" comes up with several recent topics on this, with "GPL-compatible patches welcome" mentioned. There was also a recent one (April) comparing the NVENC developer kit code to software encoding.
Top

Not sure what's the licensing status of NVENC right now; with NVIDIA's header updates it became LGPL-compatible, but I'm not sure about the GPL.
Top

Hi, it would be very nice if you could check and integrate it, also AMD encoding.
Top 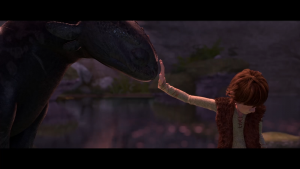 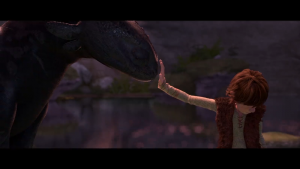 Like you se NVenc is much faster, looks better (in most scenes) and also creates a smaller size.
Top

yeah but the likeliness that just one decoded image out of the movie looks this bad...
but as churchill said: I only believe in statistics that I doctored myself

@Kampfhamster
If you have an intel e processor, then you usually don't need the hardware encoding, because the CPU ist faster and has higher quality, atleast that's the last state I heard around here
not sure how good Intel QSV is right now on the newer CPUs (6700k)

generally I would like to see nvenc support as well
but there are license problems as the others said already
and the devs see other features as more important/useful and don't want to work on stuff that they don't use themselves, which is legitimate

about theora: as long as it doesn't force the devs to do much more work, my opinion is: why not leave it in?
it's still an open source codec and much more so than VP8 and VP9
I personally would bring this up, once daala/netvc is out ^^

Hi, I found this posting here: http://ffmpeg.org/pipermail/ffmpeg-deve ... 84730.html
Nvidia finaly decided to put a propper MIT license on their nvenc header, so it can be included, removing any external dependencies for nvenc and making it no longer require the non-free flag.

Don't know if this licence is enough to be free for handbrake, but perhaps you can check it. THX
Top

Would love to see this added also..
Top

it's not that good for x265. And if you gonna compare still images from movies don't use CG, ANIME... use movement scenes. It's when a codec must interpret a lot of information.
Top

CRF in a nutshell

Constant Rate Factor, on the other hand, will compress different frames by different amounts. It does this by taking motion into account.

Hi, here I have found an articel for amd alternative for hardware encoding, it is open source too now
http://www.golem.de/news/adavanced-medi ... 22781.html
Top

The code is (sadly) completely new, does only support windows/isn't Plattform independent and it's in such an early stage that you cannot encode in HEVC, yet.
So maybe at a later stage, when the project has matured enough and if a developer takes interest in it.
Right now it's not usable.
Top

Anything is "usable" unless proven otherwise; the more important question is developer interest and *time*

Ok, just so everyone is clear where things are at.

Nvidia NVEnc: We are not interested in adding this, but if someone adds support in libav and provides a minimalist patch to update HandBrakes libav warpper to encode this correctly, it's something we'll look at.

AMD VCE: We've had patches for some time now, but will not be commiting these until upstream libav accepts the patch submitted to them.

Theroa: We'll consider what we want to do with it after the 1.0 release. It's not causing us any problems right at the minute so we are in no rush to remove it.
Top
Post Reply
15 posts • Page 1 of 1